Originally from Wisconsin, Caskey has made New York City his home for the last decade. He grew up loving theatre and performing and was heavily involved in his theatre and music programs in school, performing in many shows. At the age of 13, he starred in the title role in Oliver! at a prestigious semi-professional summer stock theatre. Caskey attended the University of Wisconsin-Green Bay, majoring in Musical Theater Performance and minoring in Arts Administration. After relocating to San Francisco temporarily to work on a production of the Janis Joplin musical, Love, Janis, Caskey made a permanent move to New York City. While performing has always been his passion, soon after the move to NYC a Stage Management career began to develop. Caskey has been on the road with eight national tours, including: The Wizard of Oz, Alton Brown Live, The Illusionists: Live From Broadway, Tap Dogs and A Chorus Line. He’s also lucky enough to be one of a small group of theatre professionals to have worked on not just one, but both musicals about the life of Janis Joplin; Love, Janis and A Night With Janis Joplin, crossing the country on the First National Tours of each show, starring the talented Mary Bridget Davies. 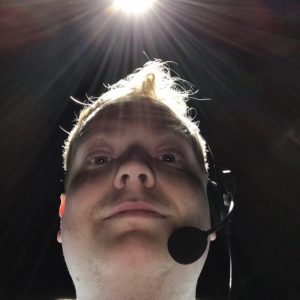 He has also been lucky enough to work on countless Off-Broadway shows, developmental readings, workshops and regional productions all around the country. He has also worked as a creative consultant on several projects.

When not paying the bills as a stage manager, Caskey continues to perform on the side. He has studied improv with Upright Citizens Brigade, performed in cabaret shows in some of New York’s most famous concert venues and made several TV and film appearances. His work as a writer/producer prompted the creation of his own production company, Upstairs Landing Productions. In addition to scripted video content and talk shows, he has helped create music videos and filmed full scale musical productions.

When he can find time in between jobs, Caskey resides in East Harlem with his cat Edie and watches as many TV comedies he can in hopes of creating his own show someday. He frequently gets back to Wisconsin to visit his family, especially doting on the most adorable niece and nephew in the whole world.